Launch of the "SalViBio" video contest

The social role of traditional viticulture

Action 6 of the SalVibio Project entitled "The social role of traditional viticulture" is aimed at documenting and raising awareness of the social and environmental role of traditional vine culture in inland areas, especially among young people, beyond its economic dimension. The action, implemented by Vinidea with the support of UCSC in collaboration with the schools of Lugagnano Val D'Arda and Vernasca, takes the form of a contest open to young people with prizes and awards for those who produce the best documentary on the role of wine-growing on life in the Val d'Arda.

Nowadays adolescents possess, even if informally developed, many skills in the use of technology and show creativity and flair in their "productions" which then end up on Instagram Tik tok and Youtube. The aim of this activity is to recognise and enhance these skills, accompanying them in the discovery of techniques and tools to strengthen existing skills and develop more specific ones in the field of videomaking: How do you come up with a subject and a script for a video? What is a storyboard? Are there rules for shooting correctly and making the footage more aesthetically pleasing? What is the final editing? What software can be used to edit a video? And once made, where and how to promote it?

All these topics were dealt with during an on-line course on Videomaking offered by the project to the students, taught by Dr. Elena Valdameri, a collaborator of CREMIT (Research Centre on Media Education, Innovation and Technology) linked to the Catholic University of the Sacred Heart in Milan.  The course of 4 modules, each with 2 hours of on-line lessons and home exercises, was structured around the same number of key words: "subject", "filming", "editing" and "dissemination" - and the students of the classes involved were able to acquire the necessary knowledge to correctly make videos, each according to their own style, in all their phases.

After the course, the students will make an original video which tells a story related to the role of viticulture in the life of the Val d'Arda. A jury made up of the school teachers, Dr Elena Valdameri and the partners of the SalViBio project (Vinidea, Unicatt and the wineries) will assess all the videos according to the following criteria: Technical quality,  Content (best story told), Commitment to the activity.

According to the results of the evaluation, 3 winners will be named (1 for each category). The official announcement of the winner and the award ceremony are scheduled for May 2022. All videos will be uploaded to the SalViBio project website and Facebook page, and to the InfoWine magazine YouTube channel. The videos will also be screened during events promoting the wines of the territory, organised by the Consorzio Colli Piacentini DOP, Association of Vin Santo di Vigoleno producers etc.

Patronage and partnersr
The GAL del Ducato has supported the initiative with a financial contribution, and the municipalities of Lugagnano and Vernasca have both officially decided to sponsor the initiative at no cost. 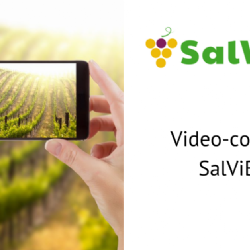 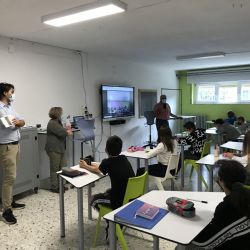 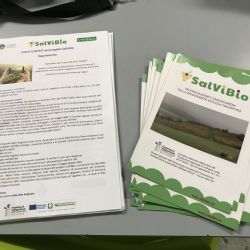 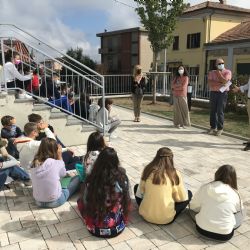 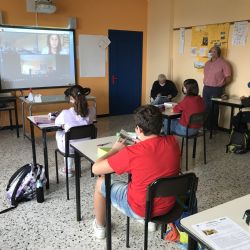